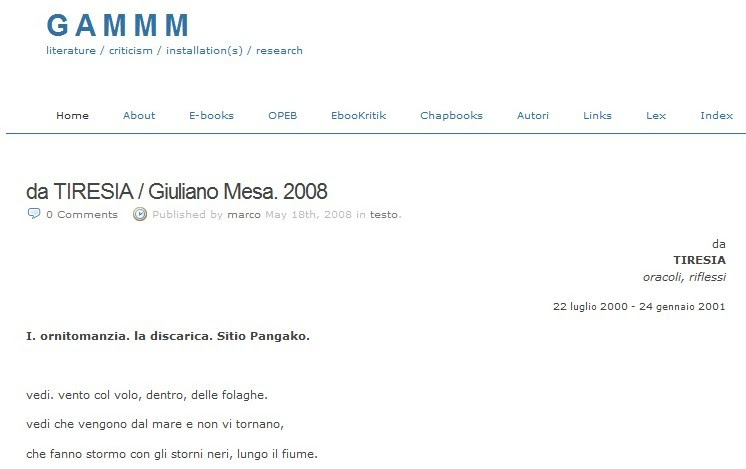 * * *
The first poem of TIRESIA is at gammm.org . And the book is available at La camera verde:

oracoli, riflessi
All the poems are translated into French (by Andrea Raos and Éric Houser), English (by Serenella Zanotti), Spanish (by Jeamel Flores Haboud), German (by Andreas F. Müller). With a series of paintings by Matias Guerra. The book also contains a CD with a reading from Tiresia and other poems.

By differx on 5/19/2008
Email ThisBlogThis!Share to TwitterShare to FacebookShare to Pinterest
Labels: Italian poetry, translations